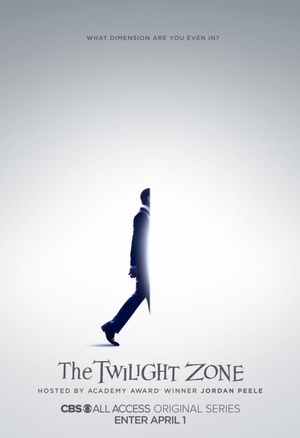 Witness the reimagining of the most iconic series of all time, hosted by Academy Award® winner @JordanPeele.#TheTwilightZone premieres April 1, only on @CBSAllAccess: https://t.co/2CmHhdwTm8 pic.twitter.com/LiQv0WP2nG

What You may need to know

1. Over the past 20 years, the “golden age of TV” combined with the DVD revolution led to a shift in how series were written. We’ve gorged on long-term character development, microscopic attention to detail and ostensible “ten-hour movies”.

2. More recently though, maybe due to shortening attention spans, streaming services or a simple push-back from writers who don’t want to put out War & Peace every time they do something, anthology series are currently where it’s at. Also, audiences at this point don’t want to feel like they’re making a six-year commitment every time something new comes along.

3. That has led to the rise of single-season stories like True Detective, American Horror Story, American Crime Story, Fargo and so on. Then there are single-episode series like Black Mirror, Philip K. Dick’s Electric Dreams, the upcoming Love Death + Robots, one called Room 104 and more.

5. At the same time CBS were coming to this decision (it has been in development since 2012), Jordan Peele was over there reinventing himself from sketch comedy actor into Oscar-winning writer and director of Get Out (2017) which – as The Twilight Zone often did – blended horror and social commentary in a way that resonated with audiences in a very big way.

6. As well as executive producing, Peele will “host” the series as Rod Serling originally did, narrating the episodes and teeing up the stories.

7. Lots of familiar faces in there, including Tracy Jordan, John Cho, Kumail Nanjiani and also Adam Scott, who will play the lead in a remake of Nightmare at 20,000 Feet, one of the original’s best-known episodes and an early role for William Shatner.

8. The first look came in the form of a coveted “Superbowl trailer” a few weeks back, in which Peele pointedly asks “when truth is not even truth, what dimension are you in?” – surely a wry reference to the GUBU world in which we’re already living.

9. Meanwhile, Jordan Peele’s follow up to Get Out will arrive in cinemas next month. Us looks to have a similar theme to its predecessor, whereby an African-American family is hunted by their own murderous doppelgangers. Peele has said Us is more of a full-on horror movie; “spill-your-soda scary” as opposed to the “existentially terrifying”. Get Out.

10. The Twilight Zone will run on CBS All Access in the states, so hopefully it will appear on Netflix in this part of the world before long.

Doug’s verdict: Get in.