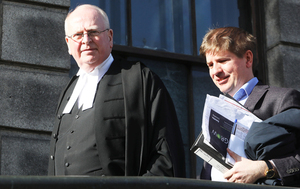 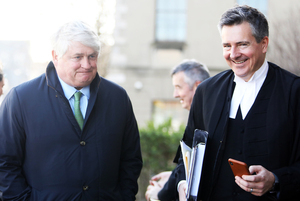 The ‘sheet‘s Olga Cronin was live tweeting from the court…

Paul O’Higgins SC [for Denis O’Brien] said that Mr O’Brien was clearly a wealthy man, written about in newspapers and involved in a certain amount of litigation but he told the jurors they could not make a judgment based on any such factor.

He claimed Mr McDowell’s speech was not short of words but that very few of them dealt with what the case was about and said it was not about most of the things the defence claimed it was about, but was much more complex.

Mr O’Higgins accused the newspaper of presenting the articles in a sensationalistic, heavily coloured “get up” designed to wow the reader from the front page.

He said Mr O’Brien claims the message coming from the articles was that the businessman was one of the borrowers most to blame for the destruction of the Irish banking system and the subsequent bail out.

It was irrelevant if the newspaper did not intend to convey that meaning.