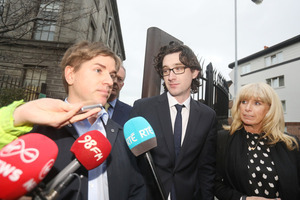 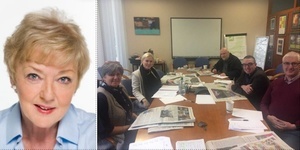 Last Friday, a High Court jury, by a majority, found that articles published by the Sunday Business Post in March 2015 – about a seven-year-old Government-commissioned PwC report – were not defamatory.

At the outset of the item on the matter, law lecturer at NUI Galway Larry Donnelly said he thought the jury’s verdict was a victory for “rigorous”, “objective” and “critical” journalism.

In relation to reports that the costs of the case will amount to €1million – for which Mr O’Brien must pay – Mr Donnelly said this was an “extraordinary” figure, though admittedly not for the billionaire.

He also raised an article by Eoin O’Dell in yesterday’s Sunday Business Post in which the Fellow and Associate Professor of law in Trinity College Dublin argued that the case should never even have made it to the High Court under the Defamation Act 2009.

Much concern among the #marian panel about Denis O’Brien’s right to defend his good name. What about my good name and that of @ipkehoe? Look at the damaging allegations Denis O’Brien gave against us using legal privilege without any evidence.

CEO of Barnardos Fergus Finlay said he didn’t know Denis O’Brien well but he worked with the businessman briefly some years ago in relation to the Special Olympics and he thinks he’s “done a number of very great things with his money over the years” – a point to which Ms Finucane replied “indeed, yeah” before Mr Finlay said he was especially referring to people with intellectual disabilities and “stuff he [Mr O’Brien] should be really proud of”.

Mr Finlay went on to say:

“I said this to somebody last week, if you want to bring the National Children’s Hospital in on budget, on time and no messing about – put Denis O’Brien in charge of it cause he has those kinds of skills.”

“And I guess he has done things that, shall we say, are controversial but he seems to feel, I just don’t understand how somebody who is as rich as he is can’t let anything go. He must have terrible nightmares at night and must be constantly worried…”

“The thing about it is, if you were constantly being insulted and…”

She was interrupted by Mr Finlay who said he didn’t realise he was fat and bald until he discovered social media before saying his salary has previously been reported and he said one just has to read the dog’s abuse they get. He even suggested to Ms Finucane that she would understand this.

Mr Finlay went on to note that the Sunday Business Post, in yesterday’s paper, listed the 22 legal actions he’s taken against media outlets in the High Court.

He said, in the context of this list, his advice for Mr O’Brien would be to “get a life”.

“Well, he’s just not going to allow people to undermine his integrity…”

“Mr O’Brien is entitled to bring suits, if he has the money to fund them, fair play to him, let him knock himself out but I do agree with Larry, I think it’s a very good day for the press in general and I do think they were vindicated…and I think the press took a very important stance and ultimately it came out in their favour.”

But Mr Finlay said if it had happened it could have had serious consequences for media ownership concentration in Ireland.

Ms Finucane added that Mr O’Brien is “noted for his generosity…particularly in Haiti”.

Last week, when Michael McDowell SC, for the Sunday Business Post, made his closing submission to the jury, he recalled how solicitors acting for Mr O’Brien had initially accused journalist Tom Lyons of criminality and acting illegally by publishing the contents of the PwC report which looked at the top 22 borrowers of six banks at the time of the property crash.

The barrister said Mr Lyons and his editor at the time Ian Kehoe had thought about omitting Mr O’Brien’s name from the coverage out of fear of litigation but decided against this in the interests of transparency.

Mr McDowell said the SBP refused to take “the RTE approach” – in reference to evidence Mr Lyons gave about being told by RTE not to mention Mr O’Brien when he did a radio interview about his articles back in 2015.

The senior counsel also explained that Mr O’Brien initially said he didn’t know if he was one of the top borrowers in the PwC report as he had never seen the report.

But, Mr McDowell said, once an excerpt of the PwC report was presented to the jury – after Mr O’Brien finished giving evidence – Mr O’Brien “changed his tune completely” and identified himself as number 10 on the redacted list of borrowers.

The above claims made against Mr Lyons were not recounted during the Marian Finucane discussion.

Which reminds me of RTE's response to complaints about @MarianRTE and the Rio Ticket saga… pic.twitter.com/arNz4CIMCO

46 thoughts on “‘Everybody Is Entitled To Their Good Name’”