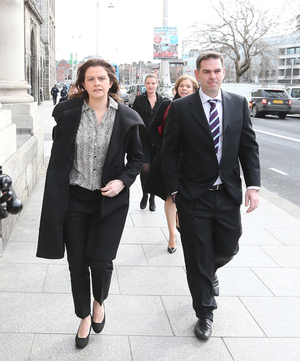 The first day of the case taken by businessman Sean Quinn’s five children against Irish Bank Resolution Corporation – centring on €2.34bn in loans given by the then Anglo Irish Bank to Quinn companies – began this morning.

The case is expected to last six months while 49 witnesses are expected to give evidence.

From The Minds Of Kids

Are You A Rubbish Aunt/Uncle?