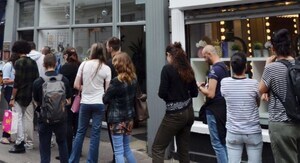 The electoral area I am seeking to represent contains Cork’s south inner city. As with any urban area, proximity to the centre sees a larger availability of private rented tenancies.

These tend to be older buildings, many of which have been broken down into smaller apartments. Calling door to door it is eye opening to see how many of these properties are sub-standard.

It is the unspoken part of the housing crisis. Too many people and their families are registered as homeless. The housing market, left to its own devices, is producing a spectacular mismatch between supply and demand.

And yet fear of both these factors means an enormous number of people spend their lives living in sub-standard accommodation.

An inspection regime exists, administered by the local authority. The regulations that inform these inspections are the Housing (Standards for Rented Houses) Regulations 2017. The initiation of such inspections is solely the preserve of the tenant – the tenant who lives in fear of losing their tenancy, however sub-standard it is.

This perverse form of governance, is unfortunately, far too prevalent a feature of Irish legislation. Notwithstanding the fact that local authorities lack sufficient resources to provide a robust inspection regime, this nobbled process will never be properly used by those who know that other available, affordable accommodation does not exist.

Bunreacht na hÉireann has tied us up in a constitutional Gordian knot. Legal interpretation has weighed in too heavily in favour of private property rights at the expense of the common good. We may need an explicit new constitutional reference to overcome this. Despite this we should be bolder in drafting and implementing legislation in this area.

Property owning has responsibilities as well as rights. Vacant properties, derelict properties, sub-standard properties should be treated as crimes against society, should be stringently policed and prosecuted with zeal.

Fines for presenting property in these ways should be punitive, then immediately be re-invested into having such buildings brought to their full potential.

Part of the double-think that informs policy in this area is the number of tenants living in sub-standard buildings, who are in receipt of housing assistance payments (HAP) to help them meet the cost of their rent.

This means that landlords of sub-standard properties are not only having a blind eye turned to the type of property they are making available for rent, they are being financially subsidised, rewarded, by the State for making these properties available.

We need to take the onus away from tenants in insisting that they be provided with housing that conforms with minimum standards. Local authorities should be sufficiently resourced to undertake spot check inspections. Complaints should be made by those other than the tenants themselves.

One ill defined but important role is that of local ombudsman – an on the ground observer of the quality of services; someone to articulate the need to bring them up to standard. These are the voices we are not hearing in the current debate.

These are the responsibilities we need to live up to.

Dan Boyle is a former Green Party TD and Senator. He is running in the local elections in Cork in May  for the Green Party.  His column appears here every Thursday. Follow Dan on Twitter: @sendboyle