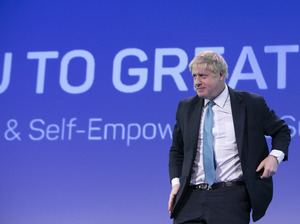 Winston Churchill famously said that the United States always does the right thing – but only after exhausting all other options. If only the UK were somewhere near that point.

But it is not, it is still fumbling through just a few of the worst possible option while closing its eyes to the only right option now, revoking Article 50.

Theresa May’s speech last night was a disgrace. She appeared before the public with all the trappings of office, but with none of its authority.

She tried to act like an authoritarian, an unpopular populist telling a divided public that it’s you and me against the others… against all those MPs stopping us from doing what we must do.

It was like a very bad live re-enactment of the disgraceful Daily Mail November 2016 front page that branded those judges who ruled that Parliament must be consulted on Brexit as: Enemies of the People.

It was a shocking performance and it is to be hoped that it is the one of the last acts of a British Prime Minister who may still be well intentioned, but whose continuance in office remains a blockage to any progress.

At the time of the Brexit referendum Theresa May was a remain voter, though a particularly quiet one having made, as far as I recall, only one major intervention during the campaign where she argued for a remain vote.

Though a remain voter then May has, since assuming office, striven at every opportunity to make it clear that she does not cling to any secret remain agenda.

As Prime Minister, Theresa May has set the fulfilment of that referendum mandate as her primary function, even to the point of seeing it at superseding everything else.

It is as if May sees herself as working to a higher mandate, a higher purpose, namely the delivery of Brexit for the people even if that means going over the heads of Parliament and of MPs, as she attempted to do again last night.

What she has not done, however is to define Brexit. Her meaningless Brexit means Brexit trope would make George Orwell and Lewis Carroll weep.

While we can reasonably infer that she thinks her Withdrawal Agreement defines Brexit, she has never attempted to prepare or convince the public of this, not even the 52% of people who voted for it in 2016, whose mandate she claims.

Here lies the core of the problem. The confusion over what Brexit means is not the fault of Parliament, though it has not covered itself with glory on the matter, the fault lies with her.

Over 2 1/2 years after the referendum people still struggle to define what Brexit means. The 48% of people who voted against Brexit at the referendum had a very clear understanding of what remain meant, it meant the status quo. The same cannot be said for the 52%.

Doe Brexit mean leaving the European institutions? Leaving the political infrastructure of Europe – No longer having an EU Commissioner, representation on the Council of ministers, or members in the European Parliament? Or does it mean more?

Can you no longer be part of the political institutions but still be a part of the EU? This appears to be the argument of many Tories who also define Brexit as being totally and completely outside any beneficial trading relationship with the EU.

They want Brexit to mean no longer being a part of the customs union or the single market – a single market that once was the Tory party’s biggest achievement in Europe.

But, ironically, even though there is no unanimity among the 52% about what constitutes Brexit it is also become clear that the issue which is derailing May’s Withdrawal Agreement is the one issue that was never meaningfully discussed during the referendum, namely Northern Ireland.

To their considerable credit both Tony Blair and John Major did attempt to raise the issue of Northern Ireland, the border, and the Good Friday Agreement during the referendum, but they were told by the leaders of the various Leave campaigns that their concerns where irrelevant and that there were no consequences for Northern Ireland.

Well, three years later we can see just how totally wrong those brexiteers were. The Irish/Irish Border and the obligations contained in the Good Friday Agreement look like they will at a minimum disrupt and at a maximum destroy the folly of Brexit.

It is for this reason that it that the UK needs to hit the reset button. While I personally believe that a second referendum is the still best way out of this, for as long as Corbyn plays political games in Parliament, it is not a likely option.

There is also the issue of the length of time required to run a calm, measured and orderly referendum campaign, based on facts and realities, not hype and hysteria.

What is needed now is a reset. It is time not just for the U.K. to think again but to think for the first time.

Over the last 24 hours over 250,000 people have signed a Parliamentary petition to revoke article 50. That is the reset button that is what is needed now to give the UK time to stop and work out what it does next.

This does not necessarily mean that Brexit is over, after all the 2016 referendum mandate still stands.

Revoking Article 50, which will not be politically easy will allow the UK to admit to itself what its voters realise, namely that it has squandered the past 3 years. It now needs to sit down with a new prime minister and with a general election likely before the end of the year and look to see how it can build a consensus around a form of Brexit that works

Revoking Article 50, which the U.K. can do unilaterally is preferable from the U.K.’s point of view to a lengthy extension with several EU conditions attached.

Right now, the U.K. has three options: 1. back Mays Deal, 2. Leave with no deal, 3. Revoke Art 50. While there is a 4th option, a long extension, I think revocation trumps it. We are now at endgame.

While there is the slight possibility that May could win a third Meaningful Vote (MV3) next week that would require taking back over 75 MPs who opposed MV2. It a huge ask and not one helped by May last night berating those MPs whose support she needs.

Though revoking Article 50 may cause many Tories to fear that such a revocation will mean that Brexit disappears forever, there are circumstances where that may not be case, especially if Tory MPs do, what I fear they might – replace a perceived weak leader with a perceived ultra-strong one and make Boris Johnson leader of the party.

It is how revocation is both preferable to extension and how it could happen and be made to work, in all our interests… besides, the last thing any of us in the EU needs is a Johnson with an extension. 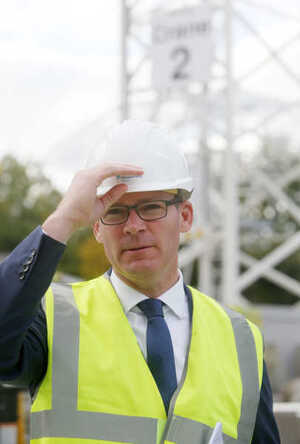 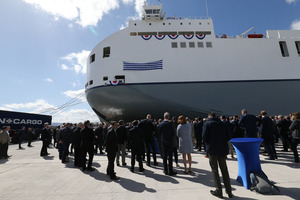 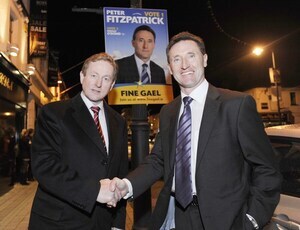 11 thoughts on “Derek Mooney: Beware A Johnson With An Extension”