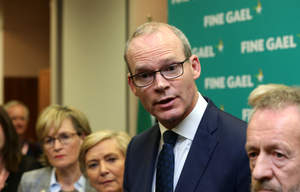 Simon Coveney says no-deal Brexit border contingencies would undermine the single economy on the island of Ireland, but would not involve border infrastructure

Tánaiste Simon Coveney says it’s now “very unlikely” that there’ll be a crash out Brexit in 9 days time because Theresa May is going to seek an extension. He accuses @TodaySOR of being “alarmist” for suggesting there might!! (All Sean did was ask the obvious border quesiton) #New

12 thoughts on “Everybody Stay Cool”