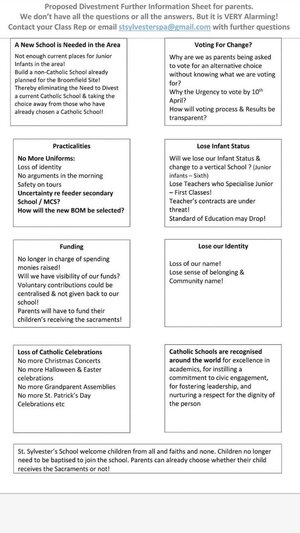 St Sylvester’s School is the third school in north county Dublin that has sent letters to parents about what they say will happen if parents vote to change from Catholic to multi-denominational patronage.

Row over school patronage after claims religious holidays will not be marked (RTE, April 2, 2019)