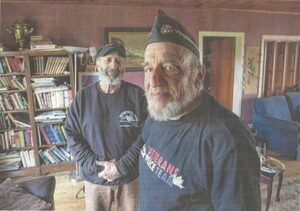 ‘As Constant In Your Newspaper As The Angelus’

We Have Clearance, Clarence