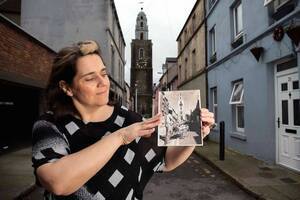 From top:  Monica McNamara, author of ‘Come On In: A History of Cork Simon Community’; Dan Boyle

Twice in the past week I have met with homeless men in Cork’s city centre. In each case I was called over by name, my election posters acting as a calling card.

Both men were friendly, the weather being good helped in that regard. The few bob were asked for, but the conversations were wider than that with me asking if they were getting what they needed from the services available. They were, even if their expectations weren’t much.

That same week two younger men were found dead on Cork’s streets, each within a stone’s throw of the main homeless hostel in the city. Young anonymous lives ended.

It has been almost five years since the death of Jonathan Corrie near the gates of Leinster House. A name, a face and a story that accompanied a situation.

There have been at least four such deaths in Cork within the past two years. I can recall the death of a young woman who had been living in a tent, no further than fifty metres from a house where my daughter was living. And an older woman found in a doorway, again close to the Cork Simon hostel.

Now we have the deaths of these two young men. With these deaths, and their increasing frequency, grows the fear that we are being desensitised to what is happening right beside us.

Since 1971 Cork Simon Community has been the main agency responding to homelessness in Cork City. How it has done so has been excellently chronicled in a recent book written by Monica McNamara named ‘Come On In’.

The original Simon shelter on John Street was better than the street, but only marginally so. It took twenty five years for a far superior building to be made available at Andersons Quay.

Almost twenty five years later the scope of the services provided by Cork Simon has increased significantly. The two men I met now have access to showers and to laundry services. Food, simple in nature and modest in content, is also available

The lottery remains access to the shelter itself. The occupancy rate of the hostel is 110 per cent. If the mathematics of that seem impossible, the additional figures are reached by placing overflow mattresses on the floor of a common area, meaning many more people sleep there than the hostel was designed for.

And still more get turned away.

A number of months ago Cork Simon commissioned a report from University College Cork, the launch of which I was delighted to be associated. The report, which I’ve already highlighted here, outlines the extent emergency accommodation which shelters are meant to be, have become short term, or at least interim, accommodation they were never meant to be.

Much like this government’s approach to housing supply, there seems a studied incomprehension that increased resources of themselves are not enough.

Resources have to be both sufficient and targeted. Increased resources that fail to meet increased demand, only help to widen and deepen the nature of the problem.

More homeless without shelter. More without services. More effectively given a death sentence from the courtroom of the smug.