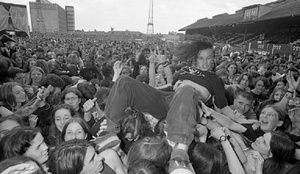 Grunge-soaked ‘revellers’ at the Sunstroke Festival in Dalymount Park, 1994

Beyond football, the social history of the ground has included numerous musical festivals and concerts. Most famously, Bob Marley played there in July 1980. The inimitable Pat Egan booked some unforgettable line-ups at the venue, including Meat Loaf supported by poet John Cooper Clarke.

More forgotten is Sunstroke, an attempt to establish an annual grunge-focused festival in the early 1990s. Bringing Sonic Youth and Faith No More to Phibsboro, the noise level was a little much for local residents, and the festival was moved to the RDS.

No other football pitch in Dublin has been graced by both Zinedine Zidane and Brendan Behan (a participant in a charity kickabout in the 1950s)….

…Perhaps a redeveloped Dalymount Park could be the ideal home for a museum dedicated to the story of Irish football.

The Redevelopment of Dalymount Park Offers a Chance to Remember Its Rich History (Donal Fallon, The Dublin Inquirer) 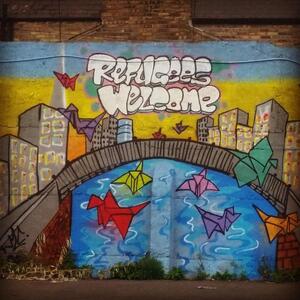 2 thoughts on “Theatre Of Dreams”