‘The O’Reilly family’s stranglehold on most of Irish journalism is over and that can only be good….I’m delighted that businessman Denis O’Brien, much admired here in America, is taking over effectively as the chief shareholder of Ireland’s largest newspaper group, Independent News and Media.

…Denis O’Brien will bring a very different set of values to the newspaper world in my opinion. He is a creator not a destroyer, who has pumped tens of millions of his own funds into Haiti and other impoverished countries where his company Digicel does business.’

‘…A public tribunal set up by the state had found in 2011 that O’Brien had paid over €1 million to a government minister who had facilitated him in winning the cell phone license in Ireland that was the basis of his fortune. And there were other worrying aspects about O’Brien which raised questions about his suitability as a national newspaper boss.

…O’Brien’s seven years in control of INM have been characterized by cutbacks and confusion as a way to halt the decline was desperately sought. Many of the best journalists at INM left and staff pensions were cut almost in half.

On the plus side, the development of Independent.ie was impressive, resulting in unique visitor numbers for the site that ran into millions a month. But as noted above, this never translated into significant revenue and the sour mood among staff at INM has become even more depressed in the last few years.’

If This Doesn’t Make You March 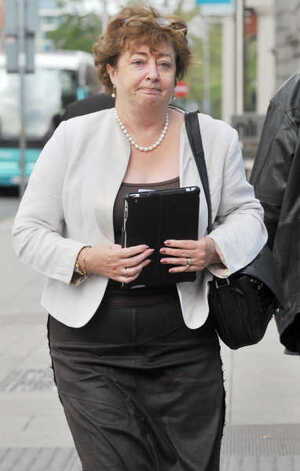 5 thoughts on “A Different Set Of Values”