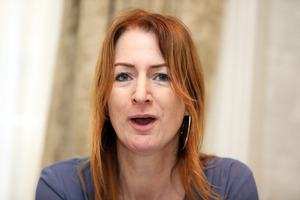 “It has been brought to my attention that some political opponents have been orchestrating a campaign in an attempt to portray me as anti-vaccine on the basis of Written Questions I’ve tabled to the Minister for Health.

For the record and for the avoidance of any doubt, my position on vaccination is as follows:

I have tabled approximately 4,500 quesions since this Dáil convened in 2016, and am one of the top questioners of Ministers in the Dáil on a whole range of topics.

For example, I’ve tabled over 40 questions on salmon aquaculture since 2016, 30 or more on seagulls, and 62 questions containing the word ‘prisons’ or ‘prisoners’ (and many more on prison issues in general).

In the last two and half months alone, I’ve asked at least 14 questions around foster care and residential services for young people.

I fully support vaccination as an important and hugely valuable public health initiative; myself and my family have received every vaccination going (including the HPV vaccination where applicable).

However I also believe that to ensure public confidence in such an important public health initiative that TDs should ensure that the Minister publicly address any concerns people might have in an effort to dispel them.

Shutting down debate unfortunately leads to a belief that something is being hidden.

In general, we need better public education with regard to medicine and science, and the best approach possible to public health communication.

There must also be a no-fault vaccine damage compensation scheme in place to deal with the tiny minority of persons who do experience side-effects or harms from vaccines (as happened in the Pandemrix case).

Such a scheme is in the current Programme for Government, and was recommended by the Oireachtas Health Committee in 2001.

The Vaccine Damage Steering Group re-iterated that recommendation in 2009. The Government has not, to date, acted on this policy, regrettably.”

36 thoughts on “Nuance And Adverse Effects”