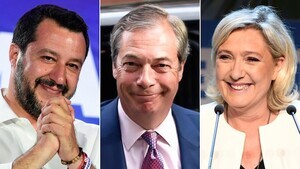 When You Wish Upon A Star

4 thoughts on “The Centre is Diminished”