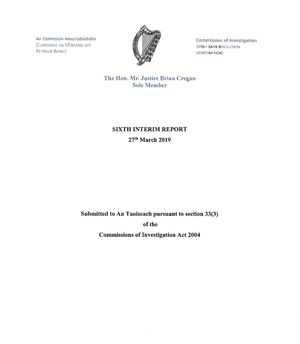 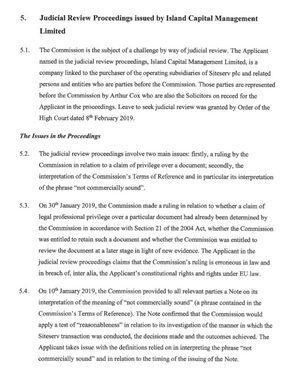 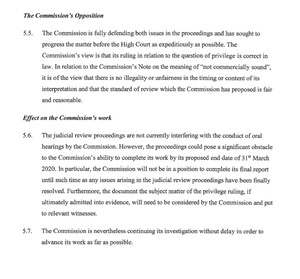 The Commission of Investigation into debt write-offs by IBRC, formerly Anglo Irish Bank, has published its SIXTH interim report.

And it is requesting a further extension to allow for judicial review (above) by Denis O’Brien’s Island Capital Management to be heard.

The commission is tasked with examining 38 transactions which cost the State €10million or more each – or a total debt write-down of €1.88 billion.

The transaction in question is the 2012 sale of Siteserv to a company controlled by Denis O’Brien.

The High Court will give a ruling over a claim of privilege over a legal document and to objections to the commission’s mention in their terms of reference to Siteserv being ‘not commercially sound’ at its sale.

“We Deserve The Truth”

17 thoughts on “What’s Another Year”