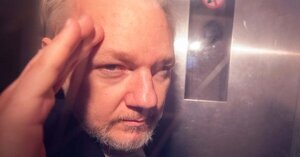 A request to extradite Julian Assange to the US has been signed by the home secretary but must still be approved by a judge on Friday before the WikiLeaks founder can be sent to face trial in America.

Sajid Javid said he had signed the extradition order but maintained it was a “decision ultimately for the courts”.

On Tuesday, justice officials in Washington formally submitted an extradition request to the UK over claims Assange published classified information and conspired with former US army private Chelsea Manning to crack a defence department computer password.

Julian Assange Gets His Dance On

8 thoughts on “Coming To America”