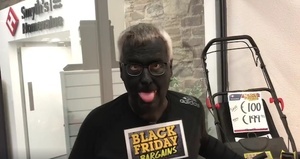 Anything Tasteful At The Wicklow Regatta?