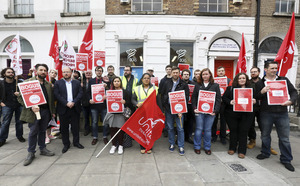 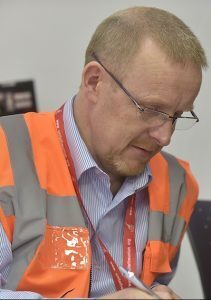 Last week, Unite the Trade Union representatives appeared before the joint Oireachtas Committee on Employment Affairs & Social Protection to talk about the impact of bogus self-employment on those working in sectors as diverse as construction and English Language Teaching.

Their statement can be viewed here: here

When is a job not a (decent) job? When the worker is bogus self-employed. Unite represents members in all sectors, and we constantly deal with people who have been forced into bogus self-employment.

Although the practice is especially prevalent in the construction industry, it can affect people in any sector where rogue employers are trying to cut corners by denying workers their rights.

So what does bogus self-employment mean in practice?

She’s been with them for a couple of years. Like her colleagues, Fiona has to arrive on site at a particular time.

To that extent, she’s just like any other employee. But Fiona and one of her colleagues have no entitlement to sick pay, paid annual leave, parental or family leave.

Since the employer does not pay social insurance contributions, let alone occupational pension contributions, the impact of bogus self-employment may follow them into retirement.

And, of course, bogus self-employed workers find it very difficult to get credit or mortgage approval.
It’s the abuse that keeps on taking.

Four archaeologists with the same qualifications working for the same employer on the same project – but two of them are bogus self-employed. They have all the obligations of an employee, but none of the rights.

In some sectors, employers have developed elaborate mechanisms to dodge their responsibilities to workers. In the construction industry, for example, there are tiers of sub-contracting with an (often highly profitable) main contractor at the top of a pyramid of exploitation, and workers at the bottom.

Under this scenario, a worker on a construction project may suddenly find himself listed as a company director. He’s still doing the same job (sometimes for less pay) but, at the behest of his employer, he has been transformed into a ‘company’ which will invoice the employer for services rendered.

No social insurance, no contribution to the Construction Worker Pension Scheme.
And no questions asked.

The practice even extends into the classroom, with English Language Teachers coerced into bogus self-employment contracts while the industry booms: the government plans to grow the sector to a value of over €2 billion by next year.

But unless bogus self-employment and other precarious working practices are addressed, the ELT sector will be booming on the backs of workers.

While the most immediate impact is felt by workers, bogus self-employment also incurs a significant cost to the Exchequer – and that means we all pay the price.

By definition, it is as difficult to put definite figures on this cost as it is to definitely quantify the numbers who are falsely self-employed.

But we do know that the loss to the Social Insurance Fund due to non-payment of Employer’s PRSI alone is likely to run into the hundreds of millions of Euros across all sectors.

The economy also loses out in terms of spending. On the one hand, the fact that employers do not pay into the social insurance fund or occupational pension schemes reduces the benefits available to workers and, therefore, reduces their spending power.

On the other hand, the very fact of being precariously employed means that workers are more inclined to save rather than spend.

What can be done?

Unite believes the solution to bogus self-employment is very simple: start with a presumption of employment, and force employers to prove that a worker is not an employee.

That would be made easier if we had a uniform framework defining the distinction between employment and self-employment, rather than – as is currently the case – different agencies using different definitions.

At the same time, the state should use its considerable purchasing power to ensure that companies using bogus self-employment, or other abusive labour practices, cannot bid for public contracts. This would put an end to the situation whereby workers building our schools or hospitals are bogus self-employed.

After all, public contracts are funded by the taxpayer, and we should not be asked to subsidise rogue employers.

By the same token, any company operating subject to a permit or similar approval should be required to prove that it does not engage in bogus self-employment or other precarious work practices.

That would mean, for example, in the case of English Language schools, that schools engaging in such practices would be removed from the list of government-approved schools.
Stamping out bogus self-employment would be a win-win-win.

Tom Fitzgerald is Regional Officer for Construction, Unite the Union

3 thoughts on “Bogus Self-Employment: The Abuse That Keeps On Taking”