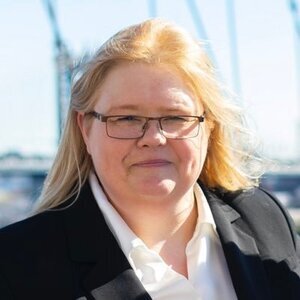 There is an unhelpful and wholly inaccurate paradigm encompassing the discourses around adoption in Ireland, which assumes that adopted people and natural mothers are on opposite sides, engaged in an almighty war around privacy.

On one side you have the needy adopted person, and on the other, the natural mother who is terrified of her adult child coming back into her life.

An adopted person’s right to information about themselves and contact with natural family are entirely separate issues.

Adopted people want the same access to their personal data as every other Irish citizen; no adopted person is demanding the right to a relationship.

Moreover, not all adopted people want contact with natural family members, and in fact, a significant number of natural mothers wish to seek out their adult children but feel powerless to do so.

Evelyn Mahon’s claim (“Women who gave up their children for adoption should not be made to suffer twice,” Opinion & Analysis, July 4th) that the institution of adoption is based on “the welfare principle of the best interests of the child” is entirely at odds with the archival evidence and testimony of human rights abuses gathered by Dr Maeve O’Rourke and myself as part of the multi-award winning Clann Project.

Ireland’s closed, secret, forced adoption system was not child-centred, nor was it rooted in anything resembling a feminist ethos: natural mothers insist they were forced to swear that they would never contact their children again.

There is no evidence that natural mothers sought or were guaranteed secrecy from their children, and in practice such a guarantee could never have been given as birth registrations have been public records since 1864.

It is long past time to move on from the myth that adopted people and natural mothers are competing against each other for privacy rights.

It is inaccurate, offensive, and damages our efforts to address the injustices against women and children in 20th-century Ireland.

Adoption and the right to information (The Irish Times letters page)

My letter in today's Irish Times. Unfortunately this version of the letter leaves out some extremely important facts that prove just how erroneous the Mahon piece is. These facts will be published elsewhere in the coming days.https://t.co/bT4ttowyXz