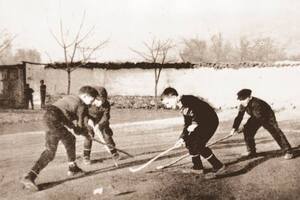 A curved stick and pebble (ball 🙂) game from Serbia. More about the development of various stick and ball games in Europe and why I think they all have the same Gaelic root can be found here: https://t.co/pLj7YfeVit @MagicalEurope @FolkloreThurs @FolkloreThurs @officialgaa pic.twitter.com/J6OBwMjzSo

What is very interesting is that that the Serbian name for this traditional shepherd game is “klis”. This word has no meaning in Slavic languages, means “games, sports, tricks, crafts” in Gaelic.

How old is this word?

According to official history, Celtic languages were last time spoken in the Balkans in the 4th and 3rd century BC when Celts invaded Balkans on their way to Galatia.

Did they bring this game with them and somehow both the game and the name survived in the mountain of the Balkans until this day? Preserved by the descendant of the Scordisci?

Is this why there are so many similarities between Serbian and Irish folklore? You can read more about this in my post “Klis” here.