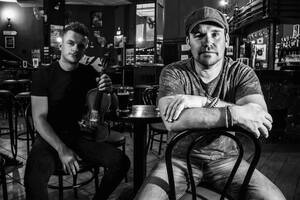 Rory & The Island – So Little Time

Looking for a soundtrack to the summer? Then wrap your ears around the new single from Rory Gallagher (top right) – not the duck-walking guitar legend of the same name but the former lead singer of Donegal band The Revs.

This incredibly catchy tune features Sean Magee (top left) on the fiddle and will feature on Rory’s solo album which is due in October.

You can catch them live at Limerick Dolan’s Warehouse on Friday and the Mary from Dungloe Festival in Donegal on Saturday.

Nick says: I want to take you to the Island.