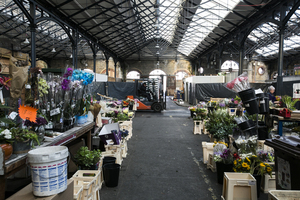 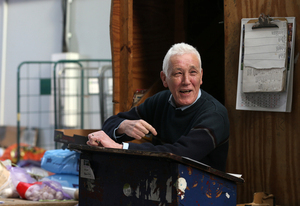 At Dublin’s Victorian Fruit and Vegetable Market between Capel Street and Smithfield in Dublin 7 – where just eight traders remain.

Joseph Duffy (third pic), of Joseph M Duffy and Sons, has worked at the market for the past 45 years. His grandparents met at the market and, in total, his family have worked there for more than 125 years.

Karenita Roche-Campion (fourth pic), who lives in Dundrum, says she’s considered a ‘blow-in’ as she’s only worked at the market for 25 years. She used to walk to the market from Dundrum, taking her an hour and 30 mins.

Joe Dowling (fifth pic), of Dowling and Sons Fruit and Veg, has been working at the market for around 30 years.

Michael Dowling (sixth pic), of Dowling and Sons Fruit and Veg, has been working there since he was a child.

The market, which was first opened in 1892, is reportedly set to close next Friday for a €3million refurbishment by Dublin City Council.

15 thoughts on “At The Market”