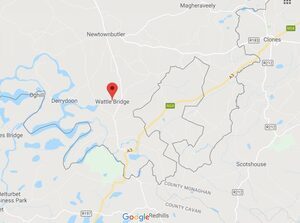 BREAKING: Police officers have escaped injury in a bomb explosion in Northern Ireland. It’s understood a hoax device was found on Sunday eve in Co Fermanagh, but this morning, during a follow-up search of the area, a bomb went off

Police officers have escaped injury in a bomb explosion in County Fermanagh.

The explosion happened at Wattle Bridge, near Newtownbutler, during a security operation launched after a warning was received.

Police are currently in attendance at a security alert in the Wattle Bridge area of Newtownbutler. pic.twitter.com/jqqEfqp336 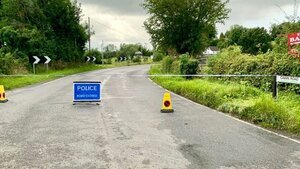 DCC Stephen Martin says a strong line of enquiry is dissident republicans are responsible for the explosion in Newtownbutler. He says they’ve ‘nothing to offer’ society & had anyone been close to the device when it detonated they could have been killed. pic.twitter.com/bFZ4pt4NIO

A statement issued by the PSNI from Deputy Chief Constable Stephen Martin states:

Police at the scene of an ongoing security operation in Newtownbutler can confirm that some form of explosive device has detonated in the area.

Deputy Chief Constable Stephen Martin  said: “At around 10.35am this morning Police officers at the scene have reported an explosion in the area of the Cavan Road at its junction with the Wattlebridge Road.  There are no reports of any injuries and officers are investigating the cause of the explosion.

“Police had received a report that a suspect device had been left in the area of Wattle Bridge on Saturday evening.  The area was secured by police and a full clearance operation began on Sunday morning.

“The initial report received by police indicated that a device had been left on the Wattlebridge Road however the explosion occurred on the main A3 Cavan Road.

“While this investigation is at a very early stage I am of the firm belief this was a deliberate attempt to lure police and ATO colleagues into the area to murder them.

“Although this device was intended to kill police and army personnel the fact that it was placed on a main road the result could well have been devastating for anyone in the immediate vicinity.

“This attack was indiscriminate and reckless and, whilst there is no doubt in my mind that police responding to this call were the target, the reality is that anyone could have been caught up in the explosion.

“We are extremely fortunate that the actions of officers who were first on scene meant that there was not serious injury or death. I wish to acknowledge and commend the bravery and commitment of those officers and army personnel at the scene of this attack.

“I would like to again thank the community for their patience and cooperation throughout the security operation as we seek to ensure their safety.

The area around the scene will remain closed for some time while our officers conduct their investigations and ensure the area is safe.

“I ask that anyone who may be able to help our investigation and identify the perpetrators of this sinister and potentially murderous attack to please come forward.

You can call us on 101 or if you would prefer information can be given anonymously via the independent charity Crimestoppers on 0800 555 111.”

EYE WITNESS: The Oslo Bomb And How I Still Finished My Sets

30 thoughts on “In Fermanagh”