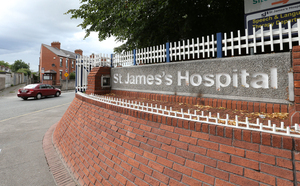 Between 20 to 25 people are being discharged into homelessness every week from St James’s Hospital, says Dr Clíona Ní Cheallaigh, clinical lead of the Inclusion Health Service.

In 2014, Minister for the Environment, Community and Local Government Alan Kelly, and Minister of State Paudie Coffey said they would put in place a formal discharge protocol so that “as far as possible, no patient will be discharged into homelessness”.

…Sometimes people come into the hospital housed and leave homeless, says Ní Cheallaigh – a situation facing a sick patient at the moment, whose wife has just died while he’s been in hospital, and who just lost his private-rental apartment, too.

As He Grows Sicker, One Man Cycles Between Homelessness and Hospital Beds (Sean Finnan, The Dublin Inquirer)