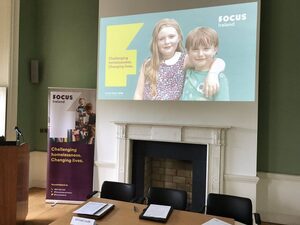 Particularly shocking is the rise in child homelessness.

It’s shot up by 365% (Three hundred and sixty five) over the past five years. https://t.co/3tADDxuZaU

Three hundred and sixty-five per cent?

Focus Ireland has launched the following video as part of its campaign to highlight the problem of homelessness.

Out of Sight. Out of Mind. Just because you don’t see a child living on the streets, it doesn’t mean they’re not homeless. Did you know that almost 4,000 children in Ireland are living in emergency accommodation?