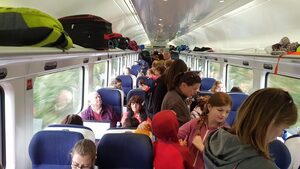 Snake On A Train