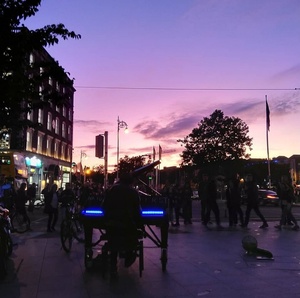 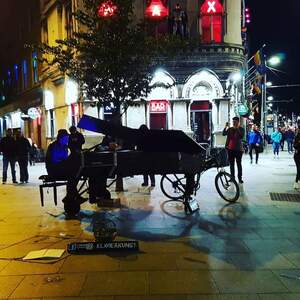 Davide Martello, also known as Klavierkunst is a German pianist of Italian descent. He is known for travelling around conflict zones to play his baby grand piano, which he tows behind his bicycle using a powered trailer.

Martello has been recognised by the European parliament for his “outstanding contribution to European cooperation and the promotion of common values”.According to his website his aim is to play in every capital of the world.

Feelgood Duet Of The Day

10 thoughts on “Sing Us A Song Tonight”