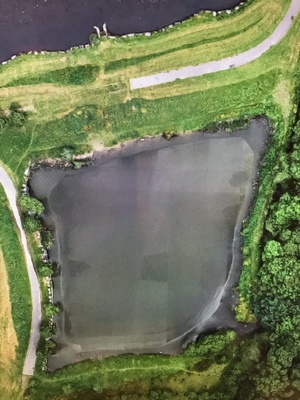 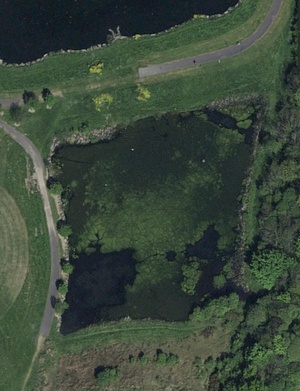 Someone (South Dublin County Council?) has requested Google to blur the aerial image of part of the wetlands affected by the recent controversy.

When was this requested and by whom and why was it granted, was it before or after the event? The second picture is from Apple maps and shows what the image should look like.