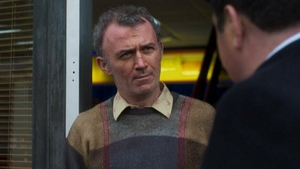 Two powerhouses of Irish comedy, Pat Shortt and Tommy Tiernan, will chat to Ryan about joining forces for the gritty black comedy Dark Lies the Island…

Rising star of the airwaves and of screen, Doireann Garrihy will discuss the biggest year of her career to date

Former Irish football international Kevin Kilbane will be in studio to discuss among other things, feeling Irish whilst living in Britain in the Brexit era…

A special performance from Moya Brennan, along with the RTÉ Philharmonic Choir, ahead of receiving her Lifetime Achievement Award at the upcoming RTÉ Radio 1 Folk Awards.

There will also be a debut performance of the new single from Hudson Taylor.