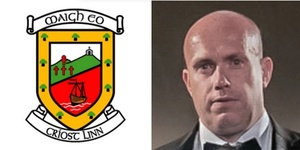 The independent supporters fund is backed by UK-based financial trader Tim O’Leary, who is of Mayo descent.

The body sent an email to clubs ahead of last night’s county board meeting saying that it was withholding €250,000 of money it had raised in a row over governance.

This email read: “It is clear to the foundation that Mayo GAA need significant financial support to sustain and develop GAA games in the county. The foundation’s support is now at risk due to the serious deficits in financial governance at board level.”

The statement also claims that O’Leary had made a €150,000 donation to the Mayo senior football team fund on the understanding that receipts would be provided to show how that money was spent.

The supporters fund says what was provided to them included: “copies of multiple invoices and receipts seemingly randomly picked from the financial files.”

Absolutely nothing to see here.

The Home Of GAA

What They Should Be Wearing This Season

3 thoughts on “Withhold The Mayo”