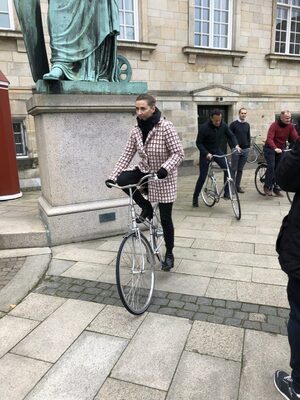 The Taoiseach off on his bike ride in Copenhagen with the Danish PM wearing a snood-like device which he informs me is like an airbag. pic.twitter.com/luJAZADtdv

Mr Varadkar is in the middle of a two-day trip to Stockholm, Sweden and Copenhagen for talks with his Swedish and Danish counterparts.

It’s not a caption competition…unless you insist.

24 thoughts on “Free The Cycle Lanes!”