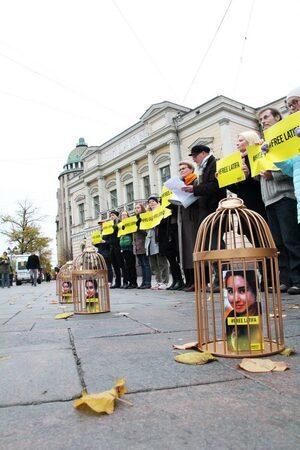 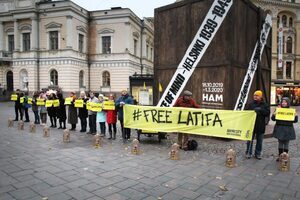 Members and supporters of Amnesty Finland hold a demonstration in support of Princess Latifa who has not been seen in public for 18 months, since she reportedly attempted to flee Dubai.

Her best friend Tiina Jauhiainen, who was part of the escape bid, recently told BBC that the princess told armed men she would prefer to be shot than to be taken back home.

Former Irish president Mary Robinson appeared in a ‘family video’ before Christmas 2018 intended to assure the public of Princess Latifah’s safety. In it, Mrs Robinson described the princess as ‘troubled’.

Almost 17 000 people signed our petition that demands freedom for Princess Latifa. Huge thanks to each and everyone of you. We won’t give up until Latifa is free!

“Leave No One Behind”

A Succession Of Presidents