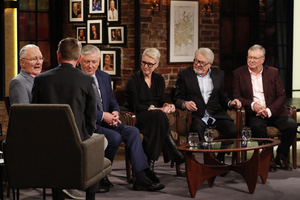 This might surprise you, but I am opening this RTÉ special with something I wrote about INM from back when;

The most important asset I have as someone who works in professional practice is my independence which includes the perception of that independence.

Over the last day you have being caught up into a spin cycle about Dee Forbes and RTÉ operations, cuts, sell offs, closures and NUJ crying games.

Yet all I see is a cloud of silt rising from the boots of shop floor employees as it poises a murky veil around the failure of its board.

You may think that it’s current board weren’t around when ridiculous salaries were being signed off, and their mandate for news and current affairs programming got riddled with propaganda, and you might be inclined to rebut me with it’s not their fault.

Yet you would be wrong, the board and every single one of its directors assume the responsibility of Stewardship and Governance when they accept the baton in a Going Concern entity.

Stewardship and Governance of both a State Asset and a Responsibility.  RTÉ got the gift of their infrastructure and their licence to operate as they liked for free.  RTÉ are responsible for public service broadcasting, specifically news reporting and current affairs; and its board of directors are responsible for RTÉ.

Over the weekend just past, I attended an event where the PRA and the Central Bank gave presentations about Governance and the roles and responsibilities of both Directors and Board Oversight/ Supervisors.  I accept regulated financial institutions are not the point here, but Governance is, and one very simple but significant point the PRA were keen to establish was about Relatives.

Relatives on a board of directors, or relatives of senior management, or indeed employees at any level within the operations of the organisation, or relatives of material suppliers, contributors and stakeholders on a Board of Directors is bad Governance.

It is harmful Governance and it puts organisations at risk, and way beyond what we should accept as a naturally occurring consequence of our feckless attitude to Conflict of Interest.

The jobs-for-the-boys norm we’ve all adjusted to can be blamed for the damage to this Country and its future, yet in RTÉ we are being charged a licence fee to watch it from our own front rooms.

RTÉ is not a family business.

Stop whimpering over job losses and the end of an era, it is time to accept that its failure, and it happened on our watch, that its failure starts and ends at its Governance level.

I don’t care how sexy it is to talk about Dee Forbes’ salary and car allowance, its board of directors at some point bred a Celtic Tiger culture into the organisation that it hasn’t shifted, it’s like the crash was only something that happened to other people, so they just tipped their hat at it by reporting it as it unfolded for ten years.

Over this week we are been fed reels and reels of archive footage containing Gay Byrne and maybe some of us might have dawdled some thoughts about what RTÉ might have been without him.  Or indeed this Country.  We could still be watching reruns of the Papal Visit while Fr D’Arcy hosts the Late Debate.

So let me say this; those great moments in television and the trigger for change they were to become don’t deserve to be used as cover for the abject and shameless failure of RTÉ.

The failure is both Financial and Operational; and it was all under the jurisdiction of its strategic level decision makers, its board of directors.

They agreed the current Strategy while Dee Forbes is employed to implement it.

Look up and note again what I said about relatives; Renewing RTÉ for the next generation was doomed to fail by page three; RTÉ will be outward looking, creative, respectful, sustainable and accountable, collaborative and transparent.

I commented on their Financial Statements here for Year Ends 2016 2017 and 2018 ; and I think I can get away with saying that everything I flagged here over those three columns is coming home to roost today.

Yet that expensive looking strategy wasn’t just a road map for RTÉ and DG Dee Forbes, it was also a promise to us, the Licence Payer, The Viewer, The Citizen, that they were going to get it right and do right my us.

We’ve all been had.

And there is no gaudier example than the Late Wake Tribute last Tuesday; the current Chair of the RTÉ board and her husband, right in the centre of proceedings.

I don’t begrudge them a bit of their success so don’t pick on it.  But I do take their very presence on our national screen to lick themselves while Moya Doherty chaired the organisation into what ye are seeing today; and she was paid to do it.

I am particularly irritated by an itch that can’t be scratched; RTÉ served all those it employed and engaged, fattened flattered and flaunted, far better than it served any of us, its strategy or is mandated function.

RTÉ are supposed to answer to its Licence Payers and its viewers, and most of all its Public Broadcasting Mandate.  And it doesn’t.

So when DG Dee Forbes says the future of public service broadcasting is at risk, I find myself insulted. Do not blame the source of over half your income (YE18 56%) the Licence Payer,  for the collapse of the organisation both financially and operationally.

Look again at that Renewing RTÉ for the the next generation , the most important Strategic Plan in the lifetime of the organisation, that within two years has been replaced by “A Plan.”

So even when it was developed, adopted, and probably got a fancy launch; it never stood a chance.  You really have to ask what sort of projections they were playing around with when the Board developed that Strategic Plan and signed it off.

The weekend ahead is going to be filled with Gay Byrne eulogies and RTÉ crisis management spin; and most of it from people who would either qualify as Relatives or Related Parties.

So from this someone, who is a no-one really, but can promise you independence that you could stir your tea with; here is my RTÉ Reboot Receipe

Can it be done; of course it can.

Yesterday: Everything Must Go

‘The Rubberbandits Are Now As Mainstream As Ryan Tubridy’