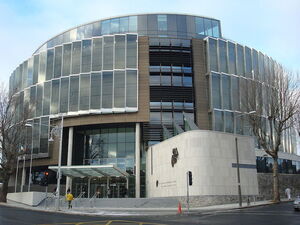 Dublin Circuit Criminal Court heard that Brendan Doolin (37) left his home only twice in the previous 17 years prior to these matters being investigated. His lawyers described him as “an internet troll”.

Editor of the Journal news website Sinead O’Carroll, was once contacted and told to “break both legs” after she tweeted to promote an upcoming appearance on a television programme.

Kate McEvoy was informed that the sender of the emails was in the area where she lived, and once when she tweeted that her housemate had gone out for the evening, he messaged: “Good I’ll be over soon.”

Christine Bohan, who got more than 450 messages from Doolin, also received a 10-year-old political leaflet from him which carried a photograph of her on it. She was also sent an image of her from a dinner at her old college. After receiving this, Ms Bohan feared he had scoured the internet looking for her image.

Each of the women received hundreds of emails, usually using the same unusual font, containing insults such as calling the women “wannabes, nobodies, whiteist, bigots, lefties and pseudo intellectuals.”

He accused them of being narcissistic attention seekers, self-obsessed and concerned with their own self-promotion, referring to their “Twitter bubble” and suggesting that they do not care for others.