People have been leaving coats on the ha’penny bridge for the homeless, this morning myself and hundreds of other and horrified onlookers watched as DCC took them down 😡 Happy Christmas lads, the government need to change this is disgraceful pic.twitter.com/VnGgFkT5Q1

Kindhearted Dubliners began hanging the jackets up earlier this week as part of the #warmforwinter appeal.

The initiative drew universal praise on social media with many hailing it as a “brilliant” idea.

But footage emerged on Saturday evening of a man, believed to be working for Dublin City Council, gathering up the jackets and taking them off the bridge.

Previously: ‘Need A Coat? Take One. Want To Help? Leave One’ 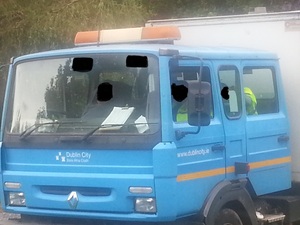