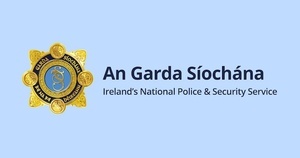 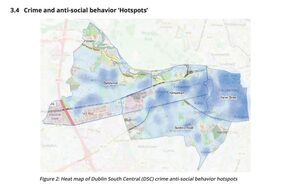 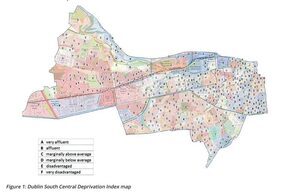 A new study examining the “nature and reach” of “the key criminal/anti-social behaviour networks in Dublin South Central”, carried out in collaboration with An Garda Síochána, has been published.

It was carried out by Dr Johnny Connolly, of the School of Law at University of Limerick, and Jane Mulcahy, of University College Cork.

“These networks consist of individuals who have offended at least once in 2015-2016. Broken down by area and population, this makes up 1.2% of the population aged from 12 to 40 years of age – 92% of offenders are from this age bracket.

“This figure must be treated with caution due to the widespread reluctance across many areas of DSC to report crime, either due to fear of reprisal or a belief that little would be done about it, or for some other reason.

“These issues are raised repeatedly at various community fora throughout the area, as discussed later in this report.

“Notwithstanding these issues, which also arise in other similar communities, it needs to be recognised that, although these networks can cause significant harm, they represent a very small proportion of the residents of such communities.

“It is important to highlight this point as it speaks to the unjustifiable stigma that is often attached to such communities, via the media and elsewhere.

“The research examined a number of crime hotspots throughout the area. The extent to which these hotspots are linked to criminal networks is discussed, with the view expressed that they are more linked to nightlife activity or are associated with small-scale crime linked to dependent drug users accessing local treatment and homeless services.

“It also highlights responses which indicate that most crime in the Ballyfermot area, for example, is not reported by local people so this clearly has a big effect on the data.

“On the other hand, due to the control exerted by the network, other types of crime are less likely to happen in the area so as not to attract Gardai attention.

“One Garda respondent acknowledges the limitations of the Gardai influence in the respective area, referring to it as being ‘self-policed’ due to a combination of fear or respect for prominent network members.”

One unnamed Garda told the researchers this about one “network member”:

“I would know the family of SC17 extremely well. He…would be the third eldest of six, and his oldest brother came to my attention in the Guards and ended up getting charged for off ences.

“This young person (SC 17) ended up in Oberstown…And so there was three more children after that, so I would have had quite a lot of dealings with that family.

“He was an early school leaver, he tried to go to a special school with smaller classrooms and fewer subjects shorter school days and wasn’t successful.

“His older brother was successful in that environment but he wasn’t. What more can I tell you about him. Very little constructive past-times, spare time activities.

“A lot of services were linking in, open to social work. Involved with the youth project, referred to a Garda youth project didn’t take that up.

“I suppose came to the Garda attention from a young age as well and committed an awful lot of offences at an early age and was nearly unsuitable for inclusion in the diversion program from a very young age.”

The report can be read in full from this link