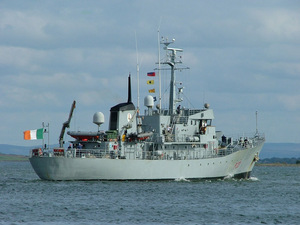 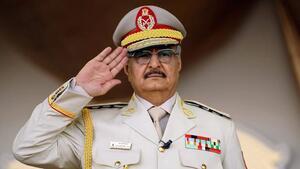 And its involvement in training the Libyan coastguard for the EU’s Operation Sophia in which asylum seekers fleeing Libya were being intercepted in the Mediterranean and being brought back to detention centres in Libya...

A year later, the Dutch company sold it to a company in United Arab Emirates for €473,000.

Almost immediately, the UAE company sold it to a company in Libya for €1.3million.

The vessel is now called Al Karama (Dignity), it’s been refitted with weapons and belongs to a “warlord” Khalifa Haftar.

Previously: Meanwhile, On The Liffey

26 thoughts on “A Ship Called Dignity”