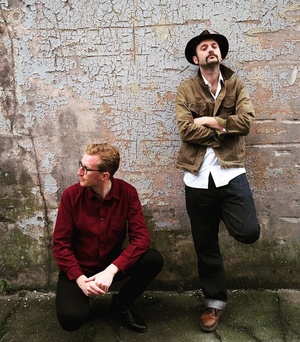 The Lost Brothers – After The Fire

Having served up a cracking Christmas single last month, The Lost Brothers return with the title track from their forthcoming album After The Fire, After The Rain.

Oisin Leech (top left) and Mark McCausland have roped in a stellar cast of American musicians including M Ward, Howe Gelb and Bob Dylan’s bassist Tony Garnier on this nuanced tale of tragedy and recovery.

“The song itself is a statement of perseverance and survival against all the odds. A flower growing from the aftermath, the rubble and the ashes..”

The atmospheric video was directed by Gavin Wood.

The Lost Brothers nationwide tour stops off in Dublin’s Vicar Street on March 20.

Nick says: Brothers are doing it for themselves.