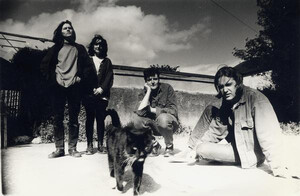 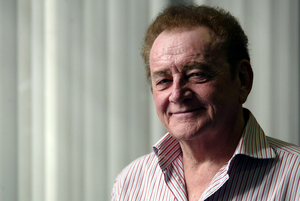 From top: Into Paradise; Larry Gogan

Further to news of the death of DJ Larry Gogan.

Via Colm O’Callaghan in the Blackpool Sentinel:

…Larry played consistently by his own rules, and so it went on for almost forty years, during which, on his impeccably pop-tastic playlists, you’d find all manner of emerging gold in among the hits of the day, the odd rare antique and the oldies-but-goodies

To this end, and as numerous musicians, pluggers and alickadoos have already attested, he made life much, much easier for those working in the local entertainment sector.

And in that consistent championing, afforded a public service every bit as valuable and rich as that provided by news, current affairs, analysis and the gab that dominates much of the national radio schedules.

I saw this myself through the heft he consistently lent to a little known band from Churchtown, South Dublin, called Into Paradise, who battled manfully at the crease from 1988 until 1994 and released a series of fine records, to the sound of silence for the most part.

In any other functioning democracy, Into Paradise would have neither been seen or heard before the witching hours.

But in the band’s sweeping, six-minute cri de coeur, ‘Sleep’, Larry heard enough sparkle through the gloom to make him want to play it regularly on the national airwaves in the middle of the afternoon…[more at link below]

In 1994 I was in a band that self-released an album. It was next to impossible to get daytime radio play. Chancing my arm, I sent a copy to Larry Gogan. He played a song from it smack in the middle of the day. And then the following week he played it again. Legend. RIP.

I remember Philip Chevron interview. When reference to Radiators’ first single arose, interviewer said, “Not the kind of music Larry Gogan would play” and was told, “Larry Gogan was first to play it.” 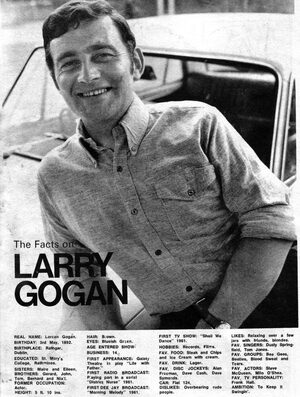 Yesterday: The Man With The Golden Voice

The Man With The Golden Voice

9 thoughts on “A Poptastic Public Servant”