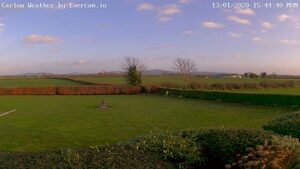 Fair play to ESB Networks. Power has been restored to my weather station near Tullow [Co Carlow], top gust at my station was 99.8kmh. Webcam looking east showing nice afternoon after Storm Brendan.

Correction, looking at data from my station which has battery backup, the top gust was 105.6kmh at my station. pic.twitter.com/ttZgD6D4QV

Flooding on the promenade in Salthill as high tide hits #stormbrendan More on @VirginMediaNews at 8 pic.twitter.com/qx9TseJ3BW

High tide here in Salthill where the water is overtopping the flood defences pic.twitter.com/WUwPiCbsCT

Ali Over The Place