Paddy Holohan has been suspended from Sinn Féin with immediate effect, and a disciplinary process has been initiated. 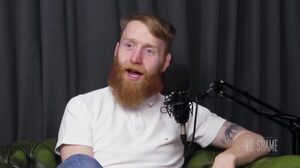 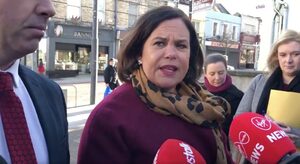 Sinn Féin leader Mary Lou McDonald has responded to comments made by Sinn Féin councillor Paddy Holohan on his No Shame podcast.

Mr Holohan made comments about Taoiseach Leo Varadkar’s Indian heritage on the podcast and subsequently apologised yesterday saying his comments had been misinterpreted.

This morning Joe.ie reported that on the same podcast, he suggested underage girls were having sex with men and then blackmailing them for sums of money up to €10,000.

“A matter came to my attention just over the last 40 minutes or so that we had to deal with which I imagine you will have questions on.

“And that is comments made by Councillor Paddy Holohan on his podcast. I have moved immediately to the party’s disciplinary procedures, all of that matter is now in hand.

“And disciplinary action will be taken.

“Obviously, the comments themselves are offensive, they’re beyond offensive. I actually find them upsetting.

“I’m very, very shocked at the comments made and the party’s disciplinary procedure is now activated as we speak.

“And it involves, we have procedures within the party to deal with circumstances where there has been a gross breach of the code of ethics.

“That is what I regard this to be.

“But obviously I have to allow that procedure now to continue. And we will make a further statement in the course of today.”

Asked by Hugh O’Connell, of the Irish Independent, if Cllr Holohan has been suspended, Ms McDonald said:

“The procedure has to be gone through. I don’t have the authority, nor should I, to just arbitrarily suspend or expel anyone. So I have moved immediately to ask the party to trigger that procedure and that is now in train.

“It’s only come to my attention literally in the last 40 minutes, so I am as shocked to see this commentary as anybody else.”

Paddy Holohan is now facing disciplinary action from Sinn Féin over his claims that “scum” underage girls were having sex with men and blackmailing them (Ellen Coyne, Joe.ie)

37 thoughts on ““Beyond Offensive” [Updated]”