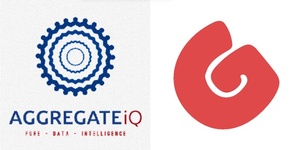 (Internet archive page showing subdomain of AIQ running gript[.]ie website. The initial common interpretation being that AIQ is in some way involved in its operation.)

‘Anyone else find it weird that a company located in Victoria British Columbia [Canada] is so active in elections around the world?

For those who don’t know, this is the company that was under severe investigation due to taking part in the Brexit and Ted Cruz campaigns of yesteryear.

In this latest example AggregateIQ is running a company called “Gript” targeted at Irish voters.

It has tens of thousands of followers in Ireland and purports itself to be a local-to-Ireland company. (registered in Ireland as “GRIPT MEDIA LIMITED”)

I mean could you be more sketchy AggregateIQ?

Oh yeah, they can.

Why is Victoria-based AggregateIQ fooling around with ANOTHER foreign election? “This Time its Ireland” Edition (Reddit)

@john_mcguirk Has Gript a commercial (or any) relationship with AggregateIQ?

It’s 9.26am, and you’ve no particular entitlement to an answer anyway, so pipe down. And yeah, we hired them.

An early riser so. What’s the nature of the commercial relationship?

We pay them. They help us reach more readers. Pretty much digital growth partnership 101.

General trends and that sort of thing, I assume. It would be odd not to.

I genuinely have no idea. I’m the editor, I produce some content and determine the rest. I’m exclusively responsible for what’s on the site. I don’t run analytics and advertising.

“Doing”, not did. They’re helping us optimise our digital growth and advertising strategies, helping us identify what kind of story does well with what kind of audience, that sort of thing.

We’re doing okay actually. About 70k unique Irish visitors a week on average. Not huge, but a decent place to be after 6 months.

In response to queries, Gript is partnering with AIQ as part of our digital growth strategy, aiming to build on our current 70k unique readers a week. Our only long term objective with Gript is to broaden and expand the terms of, and space for, debate. 1/2

What does that partnership involve? Identifying audience trends, seeing what people are interested in, optimising headlines, that sort of thing. Fairly basic stuff. They have no imput over content, the buck for which stops solely with me. 2/2

In time I would like to. It’s a matter of resources and talent. If we do sports I want the capacity to do it properly.

Okay: in plain terms, they help us reach more potential readers. That’s it.