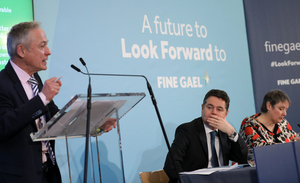 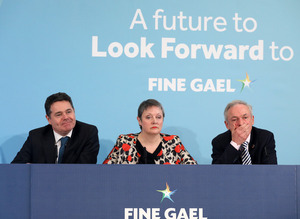 Above from left: Minister for Finance, Public Expenditure and Reform, and Fine Gael Director of Elections, Paschal Donohoe, Marcella Corcoran Kennedy, Fine Gael candidate for Laois-Offaly, and member of the Oireachtas Committee on Climate and Minister for Communications, Climate Action and Environment Richard Bruton set out their party’s climate action plans .

“Fianna Fail are putting forward their worst hits of their recent past and what Sinn Fein are offering is the kind of ideas that will do such harm to workers income, to wages and to their jobs. 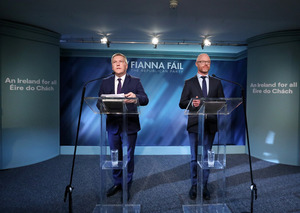 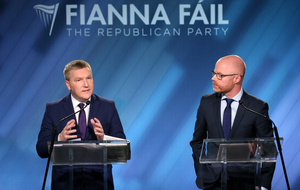 “In the real world, people change their behaviour, they make investment decisions depending on the change in taxation and enterprise landscape in the country.

“Sinn Fein want to make this a very cold place for business. They want to tax employment through increasing PRSI (Pay Related Social Insurance), they want to tax people over 100,000 euro under the pretence that won’t affect anybody below 100,000 euro.”

A Chip Off The Old Block

4 thoughts on “Feel The Fear”