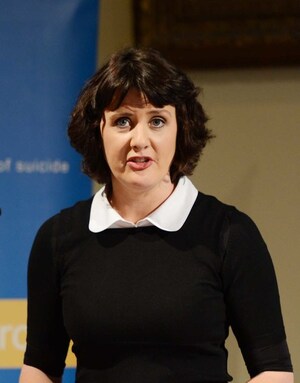 The death from cancer of journalist and broadcaster Keelin Shanley has been announced. She was 51.

Keelin grew up in Monkstown, County. Dublin. Having graduated from Trinity College with a degree in biochemistry, Keelin worked as a researcher in the Department of Pharmacology in the University of Bologna. Keelin then returned to Ireland and started working with RTÉ, presenting a number of science and technology in the late 1990s.

Via Sinéad Crowley at RTÉ:

Over the years at RTÉ, Keelin earned the reputation of being an agile broadcaster, presenting TV programmes Crimecall and Morning Edition. She also worked on the station’s flagship radio shows Morning Ireland and Late Debate.

In January 2018 she took over the reins of Six One News on RTÉ television alongside Caitriona Perry. The pair became the first female duo to anchor the show.

However, her time on the programme was brought to a premature end when she faced cancer.

A warm, tenacious and fiercely intelligent journalist, Keelin Shanley was an exceptional broadcaster and a wonderful colleague.

She will be sorely missed by many, but most of all by her husband Conor, their children Lucy and Ben, her wider family and a large circle of friends.

Keelin Shanley was hugely talented and had an extraordinary work ethic. She was also the best kind of friend – kind and generous and supportive and courageous. And just so smart and self-deprecating and funny. It was a privilege to know her. https://t.co/MJiHkdlZSp

Staying In After The Angelus?