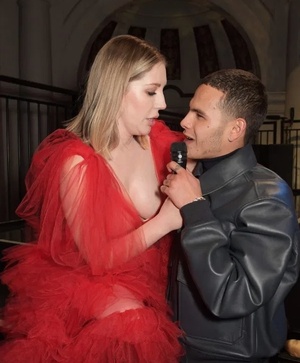 Slowthai – who released his debut album There’s Nothing Great About Britain last May – was collecting the award for Hero of the Year when he began leering at comedian Katherine [Ryan].

The rapper, real name Tyron Kaymone Frampton, began urging Katherine to “smell my cologne” as he added “smells good don’t it” and shushed her.

Slowthai then called Katherine “babygirl”, adding: “If you want to do something, see me later,” before walking off.

And that’s his Wednesday night.