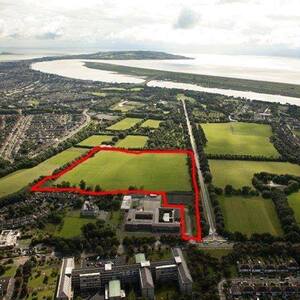 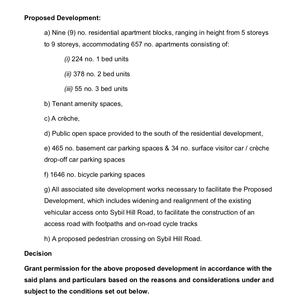 St Paul’s College pitches at St Anne’s Park in Raheny, Co Dublin; decision by An Board Pleanála to grant permission for apartments to be built

An Bord Pleanála has granted planning permission to contentious plans for more than 650 homes on playing pitches beside St Anne’s Park in Raheny in north Dublin.

The appeals board has given Pat Crean’s Marlet Group the green light in spite of strong local opposition against the plan.

The appeals board had received over 650 objections against the proposed development.

“Planning permission for 657 apartments on the St Paul’s pitches in St Anne’s has been GRANTED.

“We are surprised and disappointed with this decision from An Bord Pleanála, which appears to contradict their own recent ruling on the synthetic pitches and their 2018 refusal for a similar development on the same lands.

“In addition, there are two legal processes on-going in relation to this land, which in our view, make today’s ruling somewhat premature.

“Once we have had a chance to review the Inspector’s Report we will post a full update.”

31 thoughts on “Meanwhile, In Raheny”