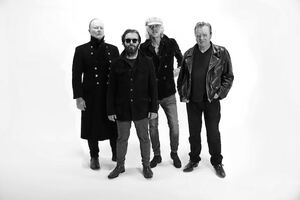 A new documentary tracing the rollercoaster history of Bob Geldof’s Dun Laoghaire gang is about to hit cinemas to coincide with the release of their new album Citizens Of Boomtown.

I’m giving away two tickets to the premiere screening in Dublin’s Cineworld on Parnell Street, Dublin 1 on March 3.

Simply tell me your favourite Boomtown Rats or Bob Geldof song and why.

The winner will be chosen by my scruffy cat.

The Golden Discs voucher comp will return next Friday.