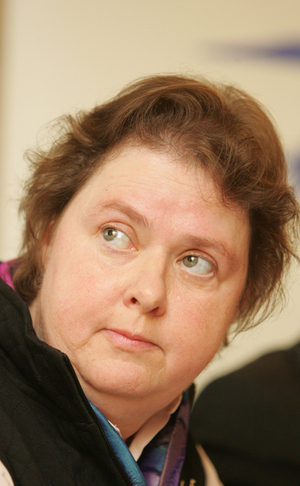 2 documentaries on RTÉ about the legacy of Mary Raftery’s States of Fear, 2nd & 3rd March. Issues of justice and giving voice to those who suffered horrendous abuse were at the heart of her work. Still so important. I feel privileged to have worked on both #Redress @RTEOne pic.twitter.com/K8ggS6MUKZ

Our series highlights a series of significant and weighty public interest issues. What has the State learned from its experience of redress?

The Ryan Commission, which produced a shocking and revealing report but lacked teeth when it came to bringing justice and accountability for survivors, set the bar for current and future Commissions of Inquiry.

The State’s Redress Scheme for Magdalenes suggests it has learned little in terms of understanding the needs of survivors.

The last Dáil was in the process of legislating for the sealing of the records of the Ryan Commission and the Redress Board for 75 years.

Was this proposed in order to protect the confidentiality of survivors or was it to bury the evidence and obliterate it from living memory?

Is there not a way that protects those who want anonymity but can also make files available to survivors and researchers?

This series asks if the State’s response to survivors of residential institutions has been adequate and whether or not it delivered on its promises.

If the problematic issues that took place at the closed hearings of both the Redress Board and the Commission are not highlighted, how can Ireland possibly learn anything and hope to resolve the injustices that have marked much of its recent history?

Redress: Breaking The Silence  on RTÉ One tonight and tomorrow night at 9.35pm.

‘What They Can’t Get Away With’