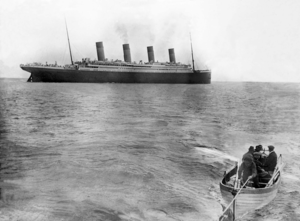 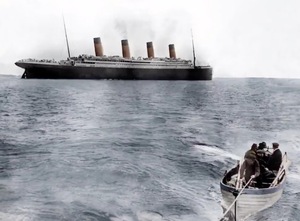 Of this photo he’s restored and colourised, Rob Cross tweets:

…the last known picture of the Titanic taken by Irish Jesuit priest Francis Browne on April 12, 1912 after she departed Queenstown, Ireland. Three days later 1514 people would lose their lives in one of the deadliest peacetime maritime disasters in history.