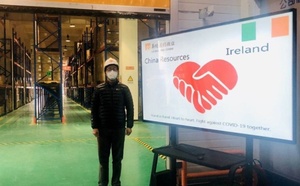 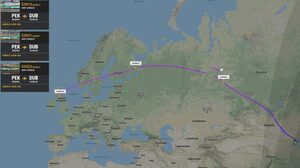 Journalist George Lee spoke to presenter Audrey Carville about the personal protective equipment which the State has ordered from China as part of a €208million deal, the first batch of which arrived last Sunday.

Last night, Mr Lee indicated on RTÉ’s Nine O’Clock News that there were “some concerns” over the imported equipment and he said the HSE had started to tweak their specifications. He emphasised that the items work but are just not what Irish medics are used to.

It follows the Netherlands, Spain and Turkey claiming earlier this week that they had encountered problems with Chinese-made coronavirus testing kits and protective equipment.

This morning, Mr Lee and Ms Carville had this exchange.

Audrey Carville: “This is a huge issue for medical staff on the frontline. We know that supplies are coming in from China, George. Some staff are concerned about its suitability. It’s heavier and perhaps more robust than they are used to. We got a statement from the HSE last night.

“They said that some elements of the first batch from China were not ideal. They’re words. But may be usable if an alternative supply isn’t available. They went on to say that infection, prevention and control clinical experts from the HSE undertake product testing on all shipments to assess the quality and suitability and in this video message to healthcare staff last night, the Chief Executive of the HSE Paul Reid had this to say.

“I know the issue of PPE, personal protective equipment has been an issue of major concern. We have been in negotiations worldwide to secure a very significant order of over €200million and that delivery has started over the last few days.

“We are, however, engaged worldwide, to secure alternative stocks should these supplies not materialise to the extent that we expect. It’s a very competitive worldwide market but our procurement teams have done really well to secure what we have to date.”

Carville: “That’s Paul Reid in a video message on Twitter last night, George, what do you make of that?”

Lee: “Well, obviously, there are big issues. This was a huge order that was placed. It’s €200million worth of an order for personal protective equipment that had a global rush to try and find all of this stuff. It’s very hard to source it and the HSE felt that they were very lucky to be able to get such a massive amount. And in terms of the amount of order that they put in typically, they would spend €15million on personal protective equipment in an entire year.

“So, €60million has been spent already in a short number of months. But this was €208million so this is absolutely enormous.

“There was nobody on the ground, or could be on the ground with regard to checking the stuff in terms of what they were getting because it’s so difficult to get to China so they were checking all this material when it comes on the planes from China.

“The first one arrived on Sunday, it involves Aer Lingus flights coming form here, going to China, nobody getting off that flight, it’s loaded up and it comes back and it arrives in Dublin Airport, a 25-hour roundtrip and there are the order of 50 of those roundtrips involved in this massive order.

“Now I think there are five batches of material so this is an enormous amount of stuff coming and I think there was some disappointment when they saw some of the equipment because it wasn’t quite what the Irish healthcare workers are typically expecting so they have tweaked and adjusted the order as they’ve seen it.

“There are obviously going to be issues and eyebrows raised when some people see the material I think,, the personal protective equipment. Because it’s different. But the number one thing that the HSE says is that this is World Health Organisation quality. It is, it is of the standard and it does work as protective equipment.

“It may need to be adjusted but the one thing we should say is that they have identified a secondary supply that they could use if needed which I think, a line of supply, if they can’t get sorted in relation to whatever the issues are on some of this material.

“It’s a big order and no doubt it’s a story we’ll hear a little bit more about as people see whether the equipment is what they’re looking for.”

The Flag That Shames Ireland

25 thoughts on ““There Are Obviously Going To Be Eyebrows Raised””